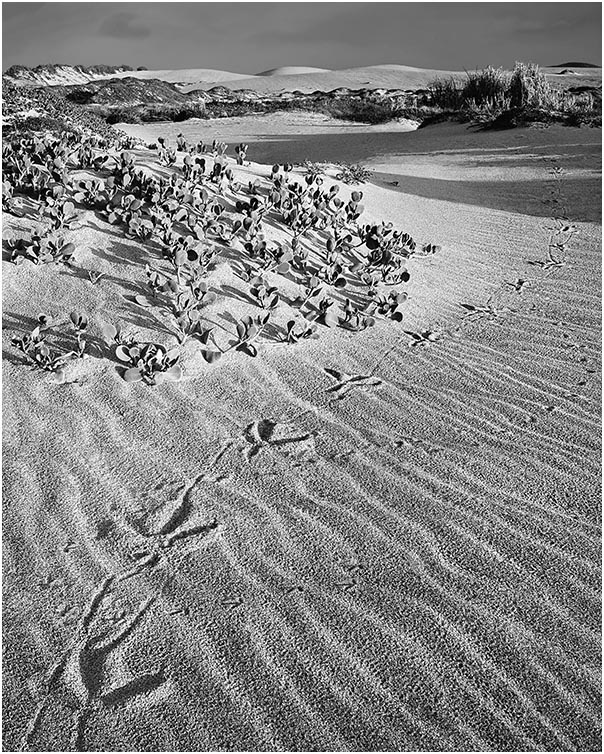 There is only one silver print that was or will be made with the image. The enlarged print did go through an 8x10" Fujix high resolution (not inkjet) internegative stage. This allowed the state of the art (in the late 1990's) retouching to remove dust spots and the like.

This image is from one of my early, Rollei SL66 negatives. This model of Rollei camera had a unique, large view camera style tilt capability that allowed a single medium format film frame to capture an extreme depth of field. This made the camera famous, but only a few, like Brett Weston, actually used them. For me, it solidified my emphasis in having a sense of depth in my prints and showing the details of reality.

Every image has a story ...

Photographs are multifaceted in what they can do and show, the memories and imaginations they can induce. What did I see and imagine at the time? Is there a way to communicate some of that story or feeling to the viewer?

Here the footprints of the large bird are what initially caught my eye. However then I noticed that there were smaller prints. The small bird was initially walking toward the lower left. Then it noticed this much larger bird coming toward it and made a quick U-turn and ran the other way!