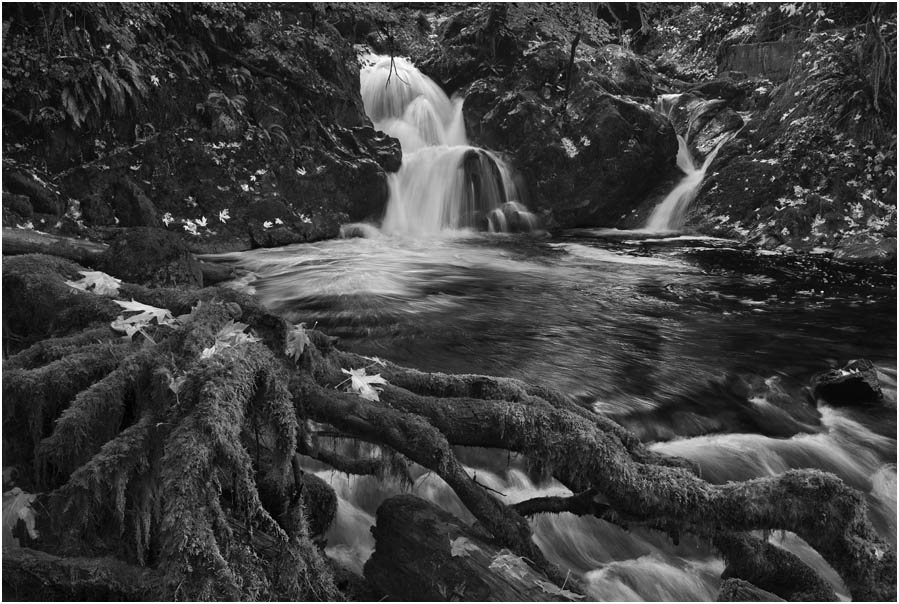 This photograph was taken in October 2012, near the Lake Quinault Lodge. That area of the Olympic Peninsula in Washington is a temperate rain forest that receives about 131 inches of rain per year. One can expect some rain about 300 days per year. With all the rain the area receives, it has many small waterfalls cascading down the mountainsides and valleys.

The area is also known for its large trees. The largest specimens of Western Red Cedar, Sitka Spruce, Western Hemlock, Alaskan Cedar and Mountain Hemlock are found in the forest as well as five of the ten largest Douglas-firs. The area is said to have the greatest number of record size tree species in the smallest area in the world.

For this image, a Leica M9 with Zeiss 35mm f/2.8 Biogon lens was used. The camera was on a tripod and a number of different frames were exposed at different focus distances and settings. The frames were then selectively combined to get the entire image in sharp focus and to get the amount of movement in the water that gave the feeling I wanted.